The martini: James Bond may have popularized the the shaken (not stirred) cocktail classic with his famous order, but the story starts in a place named Martinez. Or so the story goes.

In honor of National Martini Day on Friday, June 19, I find it appropriate to briefly mention this beloved cocktail and why we now have an entire 24 hours dedicated to its name each year.

The town of Martinez, California may have a hold over the martini’s curious origins. Legend has it that a miner enthused from his successful gold rush efforts in the 1800s was served the original formula by a bartender who called upon the age-old art of “winging it” with his liquor collection. So impressive was the result that it was dubbed the “Martinez Special” and by word of mouth roamed about the United States to various and sundry saloons or bars.

Of course, some shake their heads at this theory in tune with the cocktail strainer in their hands, citing other stretches of space and time in and during which the martini may have arose. The Knickerbocker Hotel in New York and the city of San Francisco join a continuous tug-o-war match over the mysterious birth of the gin-and-vermouth tonic. One thing most can agree on, however, is that a cocktail party lacking the flare of a good martini might as well trade in its classy disguise for more casual attire.

Although it is often bereft of its olive embellishment and any mixed beverage nowadays can slosh around in the cone-shaped glass and call itself Martini, its status as a beloved nightcap is unshakable. “One martini is all right. Two are too many, and three are not enough,” claims American novelist James Thurber, while fellow writing mind H.L. Mencken sings its praises by calling the martini “The only American invention as perfect as the sonnet.” Whether you prefer it in the original no-fuss Dry recipe, garnished with a graham cracker crust, spiked with espresso, or decorated with a squeeze of dark chocolate ganache, the martini offers a reliable third wheel to a date night, a rim to cry on after a nasty breakup, and can be a slurp of liquid courage coaxing you to bust out your best Cupid Shuffle in the middle of the sidewalk.

I and a good friend alternated sipping martinis and digging our forks into a gargantuan slice of chocolate cake and two scoops of ice cream, whilst overlooking a sunset-drenched dock and listening to the odd tropical pang of a steel drum. True to Floridian style, my flavor was Key Lime Pie, and owed its burn to vodka rather than gin. 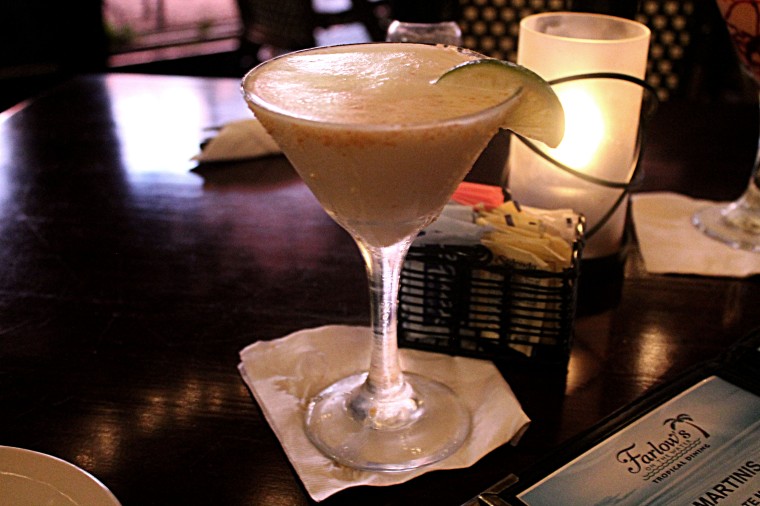 If you want to create a traditional, International Bartenders Association-approved blend, the ratio of gin to vermouth is 6:1. Just add olive juice after chilling and straining, and finish by mulling over wherever your brain decides to wander to.